There are two crimes that typically involve underage drinking in the District of Columbia. First, misrepresentation of age is where someone under the age of 21 gets arrested for using a fake ID card. These arrests typically occur in bars and liquor stores in areas known by law enforcement that college students frequent. A second underage drinking crime in the District of Columbia is contributing to the delinquency of a minor. 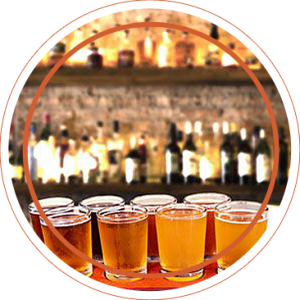 While these are the maximum penalties for each offenses, it is unlikely in most cases that someone arrested for misrepresentation of age or contributing to the delinquency of a minor will go to jail. That is because the statute provides for diversion in most cases.

Fake ID’s from ReelLawyers on Vimeo.

The same statute for misrepresentation of age provides for a diversion option that can result in both the dismissal of the charges and the sealing of the arrest record. For first time offenders, the misrepresentation of age statute allows the Office of the Attorney General for the District of Columbia (or OAG) to provide diversion in lieu of going to trial in these cases. The typical diversion offer for a misrepresentation of age case involves community service and a fine. Once the community service hours are complete and the fine is paid, the government usually dismisses the case. The statute further provides that 6 months after the case is dismissed, the defendant can file a motion to seal the arrest record.

If you hire an experienced DC fake ID lawyer, it may be possible for the lawyer to arrange the community service and fine payment prior to your first court date. In that scenario, the government could potentially dismiss the case at the first court hearing, which speeds up the process to getting the arrest and court records sealed up.

Two key distinctions exist for contributing to the delinquency and misrepresentation of age—one good, one bad. First, conviction for contributing to the delinquency of a minor does not, by statute, impose a driver’s license suspension. The second, and not so good distinction, is that the statute does not have special provisions that permit the sealing of the arrest record. Most misdemeanors that get dismissed require a two-year waiting period for filing a motion to seal—unless the defendant can show “actual innocence” of the crime charged.

Fake ID cases carry a statutorily shortened waiting period to 6 months. That means the individual can file a motion to seal after 6 months instead of waiting 2 years. For contributing to the delinquency of minor cases, the individual must wait 2 years before filing a motion to seal. However, like with fake ID cases, the government will typically offer some sort of diversion that involves paying a fine and doing community service in exchange for dismissal of the charges. That leaves the main distinction as the waiting period for getting the arrest and court records expunged.

As with any criminal case, its important to hire a qualified attorney to advocate for you and help guide you through the criminal justice system. If you do not hire an attorney, it is possible the court will appoint one for you at your arraignment. An arraignment is the first court hearing where its basically just a formal reading of the charges and the judge may impose certain release conditions. However, if you accept a court appointed lawyer, that lawyer will not likely represent you to file the motion to seal the arrest record. In that instance, you may have to hire a lawyer to do it anyway or try to file the motion to seal yourself.

At Scrofano Law PC, we have successfully defended college students for underage drinking offenses. We have represented students for contributing to the delinquency of a minor and misrepresentation of age cases. We are here for you every step of the way to help you navigate through the difficulties and unfamiliar criminal justice system. Our representation includes appearance at arraignment, negotiating with the prosecutor, and filing the motion to seal. Our representation also includes appearing at trial if necessary.

If you or a family member is arrested for a DC underage drinking offense, contact Scrofano Law PC for a consultation. These offenses are typically committed by college age students who have bright futures. Scrofano Law PC has helped individuals successfully get their cases dismissed and records expunged. Just because you make a mistake, does not mean you should pay for it with your future.