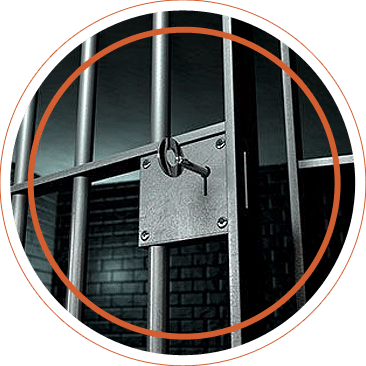 Simple assaults often occur at bars and other public places where one individual physically touches another in an unwanted way. However, not all physical touching is considered an assault. For example, if you get on the metro and its so crowded someone accidentally bumps into you, that is not considered an assault. In addition, if friends are horsing around and the touching is with consent, then that also is not an assault. Whether a physical touching constitutes an assault comes down to the mental state of the parties involved. If someone knocks a drink out of your hand purposely, that can be an assault even though the person never even touched your body. Moreover, things like spitting or threatening someone that do not involve person to person contact can also be considered an assault.

The most common assault type offense in the District of Columbia is simple assault. Simple assault is a misdemeanor that carries a maximum penalty of 180 days in jail and/or a $1,000.00 fine. That is the maximum allowable penalty under the law. It does not mean if convicted the defendant will automatically get that sentence. Its just the legal maximum sentence.

Assault on a police officer is a misdemeanor assault offense in the District of Columbia. It is very similar to simple assault but for the government to prove this crime, it must show the victim or complainant is a police officer. This crime carries a maximum penalty of 6 months in jail and/or a $1,000.00 fine. This offense is also jury demandable. However, the government prosecutors may amend the charge to simple assault to deny the defendant a jury trial.

Assault Defenses from ReelLawyers on Vimeo.

Threats to do bodily injury is a crime similar to assault and a misdemeanor in the District of Columbia. Threats requires the government to prove that the defendant spoke words to another that caused that person to reasonably believe the threatened harm would occur and that the defendant intended to say the words she said. It carries a maximum penalty of 6 months in jail, which make is jury demandable. However, the government often amends this charge to “attempted threats” to deny the defendant a jury trial.

Assault with a deadly weapon is another felony assault crime that requires the same elements of simple assault. However, this crime requires an added element that the government prove the defendant used a dangerous weapon in the commission of the crime. This felony offense carries a maximum penalty of 10 years in prison and/or a $25,000.00 fine.

Felony threats is an offense that requires the government prove the same elements as misdemeanor threats, but the words must make the listener fear serious injury or a kidnapping. Felony threats carries a maximum penalty of up to 20 years in prison and/or a $5,000.00 fine.

Several defenses exist to assault type offenses. These include self-defense, defense of others, and mistake or accident. Self-defense typically boils down to the reasonableness of one’s actions. If someone shoves another person, it would not be self-defense for that person to shoot or stab the other in response. Defense of others is when someone steps in to protect a third-party from being assaulted by another. The same reasonableness standard applies to that defense as well. Finally, mistake or accident is a defense to assault. As previously mentioned, if someone accidentally bumps into another person, the fact that the person did not intend to do the physical touching makes it not an assault.

The United States Attorney’s Office for the District of Columbia prosecutes assault offense in DC. Diversion options are usually limited in these types of cases and often the government will offer diversion only when the complaining witness (or alleged victim) will agree to a resolution of the case through diversion. More violent assault crimes like assault with intent to kill, and murder are felony offenses that can include substantial prison time if convicted.

Whether you are charged with a misdemeanor or felony assault, facing the full weight of the criminal justice system is impossible to do alone. Often times an assault arrest may occur after the incident takes place and the police investigate the crime. In those cases, the defendant may get a call from a detective informing the person that the police have an arrest warrant. It is crucial that you contact an experienced assault attorney in that instance. An assault attorney can arrange a self-surrender where you turn yourself in at a schedule time. Doing it that way may save you from spending the night in jail, can speed up the booking process, and ultimately minimize the amount of time you spend in custody.

At Scrofano Law PC, we have successfully defended individuals charged with assault crimes. We will thoroughly investigate the charges against you and provide you with the best possible defense based on the facts of your situation.

If you or someone you know is charged with a DC assault offense whether it’s a misdemeanor or a serious felony, contact Scrofano Law PC today for a full consultation and case evaluation.