There are many crimes both federal and local in the District of Columbia related to sex offenses. Some offenses involve acts between adults while other include adults and minor children. Conviction for any sex offense can involve significant jail time, probation, and a requirement to register as a sex offender. 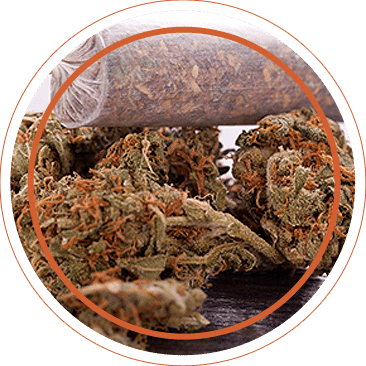 On November 4, 2015, marijuana laws further loosened in DC after Initiative 71 was approved by voters by over 64 percent. The referendum called for full-blown marijuana legalization (under local law). The City Council moved to implement the law and legalization took effect in the District. It’s important to note at the outset that possession of marijuana remains illegal under federal law. In addition, despite the fact the possession is legal under local DC law, no mechanism has been set up in the city to legally distribute marijuana.

That means possession of marijuana with the intent to distribute and distribution of marijuana remains illegal under both federal and DC law. That’s right – its illegal to possess but the person who supplies it to you likely broke DC and federal law to get it to you. This moronic legal contradiction is largely due to anti-Marijuana Republicans in the United States Congress blocking the DC City Council from enacting laws to regulate the locally legal distribution of marijuana. They can do this because of Congress’s authority over the District, which does not have the same rights as a state. So, unlike Colorado, California, Washington and other states that have legalized weed, DC has no legal dispensaries that distribute marijuana for recreational purposes.

The law does permit possession of up to two ounces for persons over the age of 21. It also allows people over 21 to gift up to one ounce or less to another person over the age of 21. The law permits growing up to six plants per person in one’s home (as long as only three are mature). It remains illegal to smoke or consume marijuana in public and to operate a motor vehicle (or boat) under the influence of marijuana. The typical punishment for smoking or consuming marijuana in public is an arrest and posting and forfeiting a 25-dollar fine. While the punishment is not severe, it does go on your record as an arrest.

Because DC has no legal mechanism to set up recreational dispensaries, market forces have lead to many businesses to fill the void. In fact, many businesses have sprouted up since legalization and operate in this “grey area” where they provide goods and services for money and then gift marijuana to their customer. This remains illegal under federal law and is still illegal under DC’s marijuana legalization law. In fact, the Metropolitan Police Department starting cracking down on marijuana events that operate in this “grey area” in January of 2018.

People and businesses who distribute marijuana on top of providing goods and services for money can find themselves facing a felony distribution charge in DC Superior Court, having money, marijuana, and other assets seized by the police and needing an experienced DC marijuana lawyer.

If you or someone you know is arrested for marijuana distribution or possession with the intent to distribute, contact Scrofano Law PC immediately for a full case evaluation.  We have handled dozens of marijuana related offenses and are standing by to fight for you.