“Don’t get arrested in northern Virginia,” any criminal or Driving Under the Influence (DWI) defense attorney will tell you. Whether it’s Alexandria, Arlington, Falls Church, or Fairfax, Virginia has some of the harshest criminal penalties across the board, with class one misdemeanors carrying a maximum penalty of up to 12 months in jail and a $2500 fine, or both. That category of offenses includes DWI, simple assault, petit larceny, and even reckless driving. While few defendants receive anywhere near the maximum penalty if convicted, jail sentences for minor offenses are the norm, not the exception. 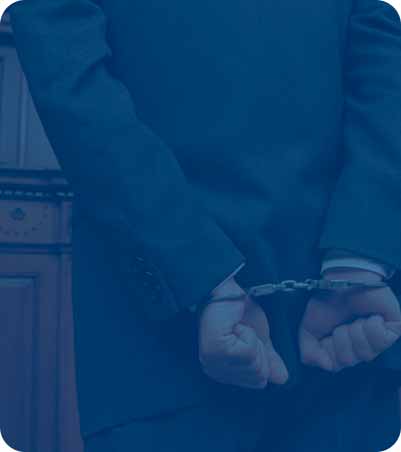 Getting Arrested in Northern Virginia

Of course, that advice is not very helpful if you have already been arrested. But having an idea of what to expect may alleviate some of the anxiety. And it’s not all doom and gloom—diversion possibilities for first offenders exist for many misdemeanors, and usually include community service, substance abuse counseling, anger management, etc. as appropriate to the offense. The notable exception, however, is DWI, which currently has no diversion program available. That means that if the facts support a DWI, your choices include pleading guilty trying to win at trial.

A first offense DWI conviction carries a mandatory one-year loss of license, a multi-week alcohol education program (VASAP), a fine of several hundred dollars, and a year of unsupervised probation. Virginia offers a restricted driver’s license in many cases, which allows the defendant to drive to and from employment, church, VASAP classes, and a few other locations. However, in order to participate in the restricted license program, one must have an ignition interlock device installed on all vehicles registered to them. The interlock program can be costly, but not as costly as losing a job.

While most first offenders are unlikely to receive jail time, there are certainly exceptions. Defendants who chose to take the breath test offered at the station subject themselves to possible mandatory minimum jail sentences if their scores are above certain thresholds. Those with scores between .15 and .20 face a mandatory sentence of 5 days in jail if convicted. Blowing above a .20 lands a defendant in jail for 15 days. These sentences must be served on consecutive days, which means that serving the time on weekends is not permitted.

Knowing that a high breath score could result in jail time for even first-time offenders makes it seem like refusing to participate in the test is the way to go. Maybe, maybe not. Like most other states, Virginia has an “implied consent” law. This means that anyone who chooses to enjoy northern Virginia’s traffic-clogged roads automatically agrees to submit to a chemical test if arrested for DWI. A refusal to submit to a test will result in a civil infraction, in addition to the DWI criminal charge. If “convicted” of the refusal, a defendant will automatically lose her license for 1 year with NO POSSIBILITY OF A RESTRICTED LICENSE. This penalty is imposed even if you are found not guilty of the underlying DWI. The bottom line is that a Virginia DWI defendant is usually stuck between a rock and a hard place.

Virginia has a two-tiered court system, that includes the General District Court and the Circuit Court. Almost all criminal and serious traffic cases begin in the General District Court. Whether charged with a misdemeanor or felony, your first scheduled court date is usually an arraignment. The main purpose of arraignment is for the court to formally notify defendants what they are charged with and ascertain whether they intend to hire counsel. At this time, the judge will also schedule a trial date for misdemeanor cases, or a preliminary hearing date for felony matters. This arraignment usually lasts no more than a couple minutes and can usually be completely waived if a criminal defense lawyered is hired prior to the hearing.

Things move fast in Virginia, so a defendant’s trial or preliminary hearing date may only be set 3 or 4 weeks in the future. And this is where practicing criminal defense in Virginia gets fun—under the laws of the Commonwealth, criminal defense attorneys entitled to receive only two items of discovery prior to a misdemeanor trial or a felony preliminary hearing—the defendant’s past criminal record and any statements made by the defendant in connection with this case. That’s it. Fortunately, both Alexandria and Arlington have “open file discovery” policies, which means that, at some point prior to the court date, the prosecutors in those counties will allow the defense attorney to come to their office and review the police report and other relevant documents and video. In the recent past, the rules for the defense lawyers are that they can take notes from the file, but they cannot take pictures or make copies of any of the materials. Arlington has shown signs of expanding this voluntary discovery to begin providing copies of police reports and video. In Fairfax county, however, there is no open file discovery, and the first time attorneys finds out anything about their cases are on the day they appear for the trial. Fair? Absolutely not. But all is not lost . . .

The good thing about the Virginia two-tiered system is that, in every misdemeanor case, a defendant is entitled to an automatic appeal to the Circuit court. What that means is that, if you don’t like what how your case was resolved, you have ten days to appeal the decision. If you do so, your case starts over at the Circuit Court level. Which means that the result of your case in the General District Court is erased—like it never happened. This rule applies if you have a trial and are found guilty, or even if you plead guilty and then changed your mind (assuming you didn’t sign Arlington’s “waiver of appeal” form, but that’s a whole other conversation). So, Virginia, despite it’s reputation for being tough on crime, isn’t such a bad place to be arrested, right? Not so fast . . .

Let’s say you’ve appealed your case to the Circuit Court, scheduled a jury trial, and were found guilty. In almost all other states, you would then be sentenced by a judge, who usually has enough experience to know what a reasonable sentence for your particular charge would be. But in Virginia, the same jury that just found you guilty is now tasked with coming up with a sentence for you. “Jury sentencing,” as it’s known, keeps many a Virginia criminal defense lawyer up at night. Jurors, made up of regular folk from the community, often have no idea what an appropriate sentence would be for a DWI, reckless driving, or assault. And the defense lawyer doesn’t get to tell them what the “going rate” is. That means that a misdemeanor conviction that might have earned a sentence of probation at the General District Court level, could turn into a trip to jail for the unpleasantly surprised defendant. For felonies, jury sentencing is even more dangerous, since the maximum possible punishments are usually far higher. The result is that all Virginia jury trials carry an extra layer of risk.

Whether arrested for a DWI, other misdemeanor, or felony charge in Alexandria, Arlington, Falls Church, or Fairfax, Virginia, you face a legal minefield. Scrofano Law PC will aggressively defend your rights and can successfully navigate this complex legal system. If you or someone you know has been arrested in Northern Virginia, call Scrofano Law, PC for a free comprehensive case evaluation.