Not surprisingly, Virginia takes drunk driving very seriously. With a maximum penalty of 12 months and a $2500 fine, a Virginia Driving While Intoxicated first offense is a Class one misdemeanor, on par with assault or a larceny. A second offense carries mandatory jail time, and a third offense is a felony that often brings significant incarceration. The Commonwealth does not mess around. 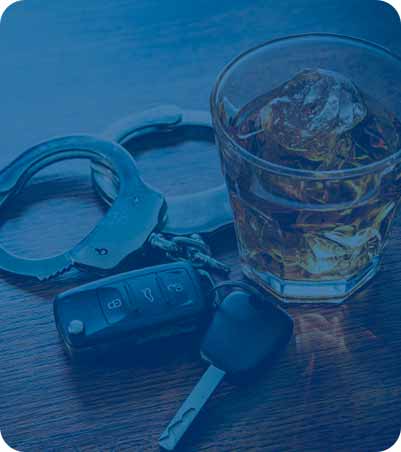 Whether you are in Alexandria, Arlington, or Fairfax county, a DWI arrest usually beings the same way—with an officer pulling you over for a traffic offense. Popular reasons to get pulled over include driving without headlights, speeding, ignoring a traffic light or stop sign, weaving, or the dreaded broken taillight. And if it’s after midnight, rest assured that the officer is going to be looking very closely for signs that you’ve been drinking.

At the first sign that you’ve been drinking—bloodshot eyes, slurred speech, or the odor of alcohol—the officer is going to get you out of the car and ask you to perform a number of tests. These will include the three Standard Field Sobriety Tests (SFSTs) and may include a couple that that officer just does for fun. The three SFSTs are the Horizontal Gaze Nystagmus (HGN), Walk and Turn, and One Leg Stand.

Other tests include asking you to perform part of the alphabet (for example, start with M and end with Y), or to touch your thumb to the tips of each of your fingers while counting out loud. No matter how you perform on any of these tests, the final test is almost always the Preliminary Breath Test (PBT). For the PBT, you blow into a small device that will show the officer a digital readout of the level of alcohol in your system. Even if you aced the other tests, if the PBT shows a readout anywhere near or above .08, you’re getting arrested. Could the officer save time by skipping the other tests and going right to the PBT? Yes! But then they wouldn’t have the other tests to use against you at trial. And not having evidence to use at trial makes officers sad.

What many people don’t know is that the field sobriety tests are not mandatory. You can refuse every single one of them. The benefit to refusing the tests is that the Commonwealth Attorney will have less evidence to use against you at trial, which is good. The downside of refusing is that you are pretty much guaranteed to be arrested immediately. In my experience, most people overestimate their ability to perform field sobriety tests and underestimate their level of intoxication. That’s a bad combination and the reason why you will probably be arrested even if you perform the tests.

The most difficult decision a Virginia driver is faced with after a DWI arrest occurs at the police station–to blow, or not to blow. In almost all DWI cases, the arresting officer is going to ask the future defendant to take a breath test. While the PBT is not admissible against a defendant at trial, the breath test taken at the station is very much admissible. Assuming the Commonwealth can show that the machine was working properly, and the officer correctly administers the test, a breath score of .08 or above will be very strong evidence that a defendant was driving while intoxicated. On the other hand, a score below .08 will be evidence in the defendant’s favor. Well then, the answer should be easy—if you haven’t been drinking, take the test—if you have been drinking, take a pass? Not necessarily. . .

Virginia, like most states, requires anyone driving on its roads to agree to take a breath test if suspected of DWI. A refusal to take the breath test will result in a civil offense, not a separate crime. While a civil offense certainly sounds better than the criminal variety, that really depends on whether you have a job you need to drive to or children to drop off at school or daycare. If convicted of a first DWI, the court will suspend your driver’s license for one year. There are virtually no exceptions. However, in most defendants will be eligible for a “restricted license.”

Getting a Restricted License

A restricted license allows those convicted of DWI to continue to drive to work, childcare locations, places of worship, medical appointments, and a few other locations. Although the defendant must get an ignition interlock device installed on her vehicle, it can be a lifesaver for those who have no other means of transportation. However, the civil penalty for refusing the breath test, is one year of a “hard” suspension. That means no restricted license if the court finds that your refusal to take the test was “unreasonable.” And Virginia judges rarely find the refusal to be reasonable. So while refusing the breath test may help your DWI case, it will almost certainly result in a one year complete loss of license.

Either a breath test score or a refusal may be kept out of your Virginia trial if your lawyer can successfully argue that the officer had no probable cause to arrest the defendant. Virginia DWI cases begin in the General District Court. At almost every General District Court trial, your lawyer should attack the arrest by arguing that there was not sufficient evidence for the officer to believe that the defendant was “probably” driving while intoxicated. To be successful, the driver’s performance on the field sobriety tests must be good and there cannot be other overwhelming signs of intoxication. This also likely requires that the PBT be lower than a .08.

Because although the PBT cannot be used against you at trial, it can be used to show that the officer had probable cause to make an arrest. If the judge finds that that the officer lacked probable cause to make the arrest, then he will not allow the commonwealth attorney to present evidence of a breath test or of a refusal, and that usually results in an automatic dismissal.

There are a lot of strategies in defending a Virginia DWI. An experienced DWI lawyer will know which strategy is best suited to your particular case. If you have been arrested for DWI in Alexandria, Arlington, or Fairfax, contact Scrofano Law PC for a free case review and evaluation. We have experience defending Virginia DWI charges and have successfully represented clients throughout Northern Virginia.